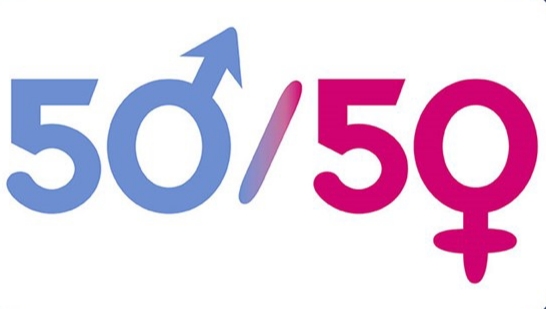 I have written before that I stand by Yanındayız. As we pay attention to and work on diversity, inclusion, equality and especially gender equality, every stimulus from human perception to reactions becomes thought-provoking. I think we are moving towards becoming an exponentially growing in numbers. So, what is it that we think, what is our concern? Above all, why? Furthermore, how is it that men are at the forefront of this cause, caring about diversity and inclusion, showing their presence for gender equality, raising their voices, courageously saying we stand with women? What is the motivation? In two words, to create a win-win! But it goes deeper than that.

On January 19th, in a special session for Yanındayız (We Stand With You) members, I met Robert Baker, an expert on inclusion, leadership, gender equality, equal representation, etc. Robert is a man who believes that women and men will change the world together and he is an expert on these issues. And, yes, I absolutely agree with Robert that only when men and women work together will our world change. As for why, I’ll share a hypothesis I’ve been thinking about for a couple of years now, and I’ll link it to a few points I took from Robert’s presentation.

My hypothesis may sound a bit absurd. However, I don’t have the facts to prove it; I have a feeling, intuition, and observation of the stage of human development. Let me start by asking you… Do you think that gender inequality has always existed throughout human history? Is it possible that at some time centuries ago there was equality, and something happened to break it down? Is it possible that human nature, like other species, came with equal characteristics, but that there was a division of roles between them? Could it be that one has sacrificed its own characteristics, skills, power and status for the development, elevation, and transformation of the other? Could be?

We know that centuries ago, men and women were born with equal physical and mental strength, competence, and skills in the most archaic cave-like Homosapien state; one was neither superior nor stronger than the other; they had equal emotional and social abilities. For example, Spartan* women had the right to fight alongside men, to undergo military training, to own land, and to vote. Despite all, men and women were created with a difference that would disrupt equality: biologically, Mother Nature endowed one with sperm and the other with a uterus for reproduction and multiplication. In other words, she assigned the role of provider to one and nurturer to the other. And that’s probably what happened… I’m not talking about the superiority that the man acquired, appropriated, and ultimately claimed for himself through his role as provider, which he did over time. On the contrary, I want to emphasize the woman’s support to the man in developing, strengthening, and “specializing” in her role as provider through her nurturing (action) and nurturing role (being). This is where my hypothesis comes into play…

My hypothesis is this: Could it be that, at some point centuries ago, women made a kind of “development pact” with men and unanimously chose to hand over sovereignty to men? Could it be that they risked giving up their equal weight in social sovereignty with the motive of being a facilitator in the development, rise and all-round empowerment of men?  Could it be that they chose to do this of their own free will and consciousness, and that they did it selflessly, aware of what might happen to in the future? In an age when we still have not solved the Pyramids of Egypt or the Ziggurats of Mexico, we will not be able to solve the reality of these questions. However, if there were not a few elements that would make me believe these things, believe me, I would say to myself, “Shirli, you are talking nonsense”…

Women are known for their ability to multitask (multitasking), to pay attention to many issues (multifocusing) and to have the ability to see far enough ahead (envisioning), to sense the future before certain events have even happened. Therefore, she acts with the mission of giving from her essence, with love and compassion, to every member of society, whether that’d be child or adult, in line with their needs. The role of women in society is an example of a servant leader who is selfless and self-sacrificing. Regardless of the social identity she appears in – be it mother, aunt, sister; or teacher, senior manager, doctor, pilot, firefighter, politician – isn’t she always focused on development, protection and serving the need with her stance and actions?

The woman is the founder of society; in other words, she is the one who shapes the structure of society. She is the one who raises the man; she is also the one who supports his strength and power, that is, his sovereignty. Could it not be that the man has forgotten the development agreement they made with the woman in the archaic period and, intoxicated with power, has become even more ambitious to dominate with even more power; while the woman, with her philosophy of “do good and throw it into the sea” – that is, keep it for herself – has also forgotten the agreement and has chosen to live under the dominance of the man; as a result, the man and the woman have completely deviated from the Human 1.0 version and values and have become what they are today?

A woman is a woman who acts on her values, stands up for her values, and has the emotional, social and mental skills to transform the world from top to bottom. Have you ever wondered why she has never tried to take her sovereignty away from men? Is it because she is powerless, because she cannot unite and collaborate, or because she is waiting for men to reach that level of consciousness and stand by her side for the higher consciousness that “women and men will transform the world together”? I think the time has come; the higher consciousness has taken action. The name of the movement is the movement for equality, diversity and inclusion that has existed in recent years. It is much more than feminism, it is men standing alongside women with the same initiative, values, and beliefs to defend equality. Today this movement is manifested by men standing with women or those who are subjected to gender inequality; tomorrow it will take the form of men and women standing together against all forms of inequality. This will bring women step by step closer to their desire to bring prosperity, goodness, unity, and love to all segments of society.

I don’t know if my hypothesis seems absurd to you… Maybe I’m overthinking and questioning… I’m open to your ideas. As promised, let me close with an excerpt from Robert Baker’s presentation. Robert shared the reasons why men are and are not part of this movement, the gains when they are, and the stages of becoming allies in equality. He started with Gloria Steinem’s words: “Once men realize that gender roles are a prison for them too, they become really valuable allies. Because they’re not just helping someone else, they’re freeing themselves.” Robert shared that men involved in the movement for gender equality are liberated because they are able to share the provider role with women and are freed from the obligation to always be strong, capable, firm – the Alpha Male. Moreover, he shared that it allowed them to regain some of their emotional and social skills -skills such as self-concept, humility, intuition, care, vulnerability, empathy, vision, and collaboration, that had been dying out by the intoxication of power. Most importantly, he revealed where people are in the gender equality movement and how they show attitudes and behaviors across a four-tiered spectrum. Unfortunately, large segments of Turkish society are at the first step of the spectrum: they are unaware of the need for gender equality.  The second step of the spectrum is being aware of the need and leaning in; the third is being an advocate and supporter of equality; and the final step is actively leading for equality and being a change agent.

So, where do you think you stand on the spectrum of gender equality?

Robert shared so much more in almost two hours… It is impossible to fit it all here. If you are very curious, join us, stand with Yanındayız in the movement for gender equality, diversity, and inclusion. I promise, we are here to meet your curiosity, including a one-on-one meeting with Robert Baker, if you wish.

That’s all from me for now…

Standing With and Beside You!