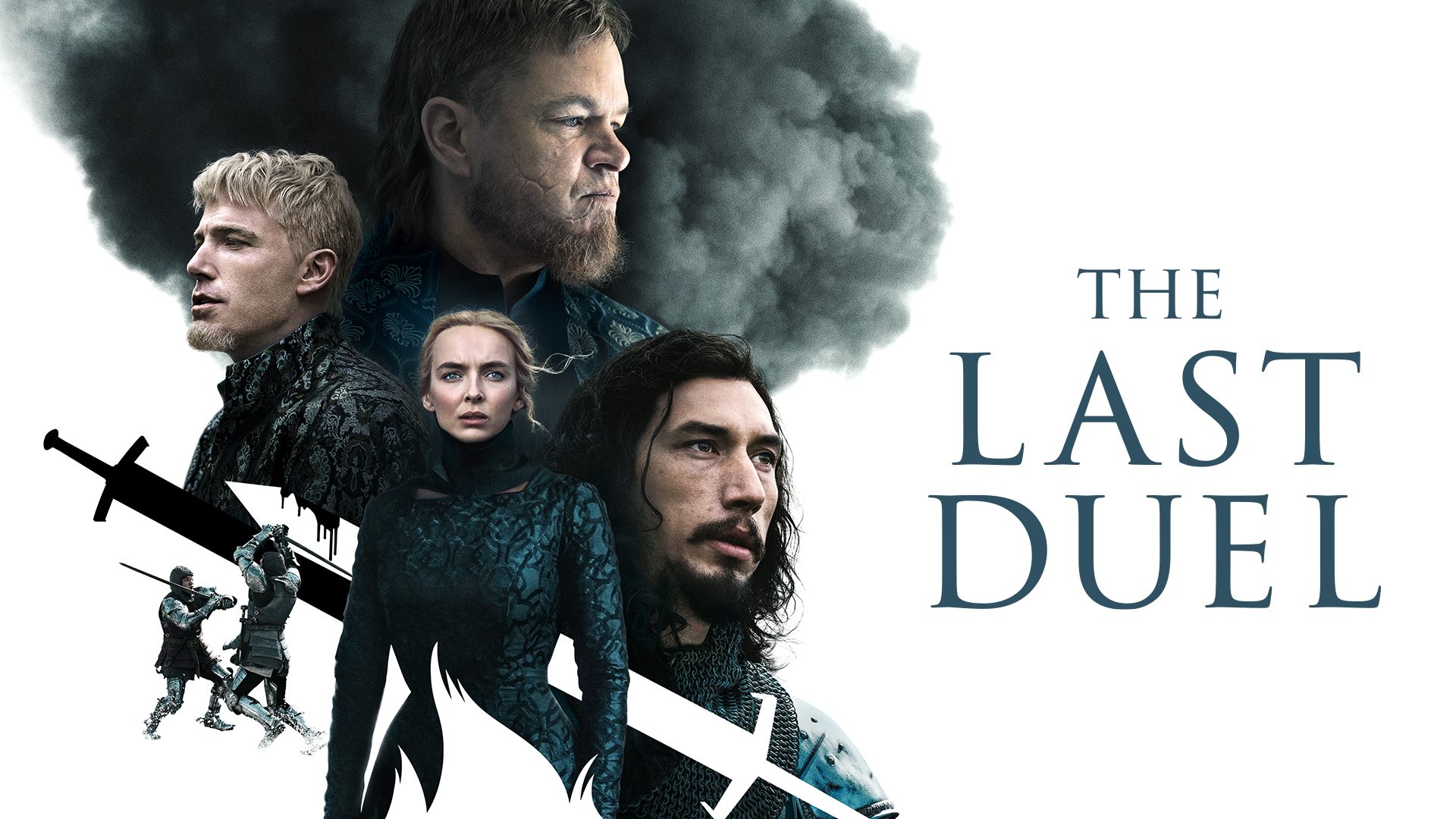 Last weekend, I watched Ridley Scott’s (2021) movie The Last Duel, which is about the true story set in 1386. The film is based on Eric Jager’s (2006) book The Last Duel: The True Story of Crime, Scandal, and Trial by Combat in Medieval France. The story is about the trial by duel between two formerly close friends, the warrior knights (de Carrouges and le Gris). Le Gris is on trial for raping de Carrouges’ wife. According to the court decision, one will die at the end of the duel and the survivor will have done God’s will, that is, justice. If Le Gris survives, he will be acquitted, and de Carrouges’ wife will be burned at the stake as punishment. I won’t give any spoilers… But I can say it’s a must-watch movie that is terrifying to the bone! I couldn’t get over it for a long time. It made me question the progress, change and transformation societies have gone through since the Middle Ages. Although we have experienced tremendous modernisation in science, technology, health, management, and social aspects, I cannot say that we have made much progress in some respects, especially in women’s rights and the status of women in society. As for the reason, I shall explain…

Think about the 21st Century, in the relatively developed societies… Consider the status of women, their role and the opportunities they can have, or things they can do today… think about it! Surely, although women have won great rights since the history – and they have suffered and struggled much to win those rights, unfortunately, their place in society has not reached an equal position with men! One does not need a guide to a village that’s already within sight! It’s crystal clear that we haven’t made much progress in achieving the deserved level for women’s rights; considering that we still celebrate International Working Women’s Day (8th March); that there are opposing ideas against feminism movements; that various NGOs and think-tanks carry out activities advocating for equality of women side-by-side men; that concepts such as “equal pay for equal work” or “glass ceiling syndrome” regarding women employees are still matters of discussion; and that the sexist behaviour and gender-biased policies, like from the wages of women to promotions, continue in the workplace!

Upon leaving the cinema, I questioned the status of women in the society since 1386 until today! I thought about the experiences of a young married woman who was raped, the way she defended herself and the ‘judgmental’ looks of others in the face of this incident; I questioned the role of women as mother and wife; I thought about the socially constructed role attributed to a woman, as if she were a property that should be protected, or even that belonged to the man; and, I thought about how men’s perception of masculinity was structured and shaped. Centuries passed, but the status of women and men in society hasn’t changed much, I said to myself!

Later, I examined the reflection of this sociocultural phenomenon on the languages ​​I speak. For example, in modern Turkish, couples call each other as their ‘partner’ or my equal, signifying as my other half; however, it is interesting that in some European languages ​​with a feminine-masculine distinction, men call their wives my wife (English), ma femme (French), mi mujer (Spanish), ishti (Hebrew) with possessive and dominating words meaning ‘my woman’. A woman says baali (Hebrew) meaning my owner, mi marido (Spanish) meaning my man, mon marie (French), and my husband (English) meaning ruler of the house in Old Norse. Meanwhile, before the word “partner” was coined, even still today, spouses address each other by kocam and karım. It is claimed that the origin of the word karım (my wife in Turkish) comes from the word ‘snow’ (kar in Turkish) that covers the mountain; and kocam (my husband in Turkish) comes from the word ‘great’ (koca in Turkish). That is, every time a woman calls her husband, she emphasises his wisdom and majesty, just like a mountain; the man, on the other hand, expresses that he sees his wife as the person who surrounds and covers him in his life. How nice, isn’t it!

When I look at the society’s positioning of women alongside men, I must say that modern Turkish language, which is not sexist, and Turkish culture in essence, is more contemporary and egalitarian compared to others. For example, while Turkish women were given the right to vote and be elected in 1934, the same rights were given in Switzerland in 1971, in Israel, along with its establishment, in 1948, in Spain in 1933 (where after Franco’s regime in 1977). (You can check the list of countries at https://stacker.com/world/when-women-got-right-vote-50-countries. We owe the modernity and equality that Turkish women have today to Atatürk. However, he did not live long enough to make his vision and actions sustainable; and today, women’s equality with men is still being discussed, and efforts are made to break the bigoted perception and mentality.

Considering this, the works of the Turkish based NGO Yanındayız and the movement for equality between women and men, initiated by their #kadınerkekeşittirnokta Conference (meaning ‘women and men are equal, full stop’ in Turkish), are noteworthy. It is an innovative movement in a way that it includes a wide range of supporters within the society, adopts an egalitarian approach among women and men, and addresses the difficulties also experienced by men in society, that is not based on positive discrimination against women. What is striking is that it examines the male perception of masculinity and the right to dominate over women, as a result of social learning, and the psycho-social source of this; it is a movement that aims to raise awareness on this issue and transform mindsets. Perhaps this is one of the most pioneering movements I have followed so far.

Years ago, I heard a phrase at a women’s conference: “men talk, women do”. It is a process where men must also be involved apart from the active role that women played in establishing equality. This process is not a duel between a man and a woman, it is a collaboration. Because it has a characteristic that will directly concern, influence, and ultimately liberate men. I would like to end this article with the words of a feminist sociologist and writer Pınar Selek, whose words I quoted from the conference I mentioned: “Men whose egos are constantly inflated, who are identified with the myths of the sovereign, and who are applauded as they approach these myths, are constantly castrated on the wheels of sovereignty. Because while their capacity for violence is constantly being nurtured, they stumble in real life. In other words, their truths are crushed and fragmented. In other words, masculinity learned by crawling becomes a process in which the promise of power and impotence are experienced together.”

I am hereby sharing the Youtube link for those who are interested in watching the conference. Just to note that it is in Turkish!

An Unbearable Lightness of Turning 50

Regardless… A True Story!
Scroll to top